What is the annual average cost of living in London?

When estimating the annual average cost of living in London, we have covered almost all the cost centers that would incur to a person. They are the Cost of Grocery, Cost of Monthly Utilities and the Cost of Transport which is a mandatory need rather than a want, thus unavoidable. Then comes the Cost of Entertainment, on which a majority of the money is spent by everyone in Europe, especially when in the colorful, premium, and lively capital- London. Although adapting to the typical lifestyle at the Pubs, Bar, and outdoor activities might be something different from those in the developing countries, once we go with the flow, it would all be worth it.

There is another set of costs which forms part of the expenditure, when moving to London as a family, with kids and others. Cost of childcare will need to be considered, as they regard and consider the best safety of children, right from when they are toddlers, thus there are high-quality facilities and infrastructure, which when used will incur a cost.

Also, if one is a fitness freak and a lot aware of maintaining health and goodness, or in love with sports, there are highly advanced centers, which can be easily accessible on obtaining memberships, which thus would add to the cost. Also, if you have to ship items to your home country or even to neighboring countries, the costs are reasonable, but also dependent on the duty charges which often vary from time to time.

Thus inclusive of all the major costs as mentioned above, an approximate annual average cost for just one person would amount to £34,704**,** while in the case of a family it would be £58,200.

Things to Consider Before You Move to London London, being one of the lively cities in Europe has been a major attraction for tourists as well as students. For years, London has never failed to welcome and impress the guests with the unique vibe that the city offers, with the love of art and the rich European culture. Thus, one must do detailed research of the culture, food, cost of living and also on how to make the best out there, because we live only once!

One best part of the city remains to be the language, English is accepted and well known to the citizens, which indeed makes it easier for the ex-pats from across the globe. Thus a good and reasonable command of English can even change your life once you move to London- the dream city. So, if you are moving to the UK’s capital to achieve your dreams, communication is the key to that one step. Every other stage would be indeed an adventure that is quite natural among ex-pats.

How Much Does Rent Cost in London? 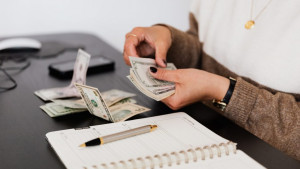 This is one of the primary factors to be considered while moving to any country abroad, especially London, which is as huge and premium as it is. Finding a place to stay, for whatever purpose you are in London, would not be a hard task, but the one that fits into your budget would decide. The decision on whether to buy a convenient space or to rent one also has to be made, based on the budget in hand. Based on the most recent estimates, 967,989 GBP turns out to be an average cost to purchase a 3 bedroom house or apartment. Renting a two-bedroom space would cost around 2400 GBP. Thus rent costs would indeed consume a lot of your income or cash, until and unless you have a stable income.

Which Zone Can I afford to live in?

So, one can save money on conducting proper research based on the locality to be selected. As in every other city, it is the best and most busy location which are expensive to stay in, while there are reasonable options as well, but finding such a one is what matters. Here comes to help the most popular sites like Spareroom, Ideal Flat & Spotahome. These would turn out to be the best and cost-saving technique if you are moving to London alone, as a student or for a job, and not moving in together as a family.

To be more specific, areas such as South London have reasonable and lower rental costs when compared to the rest of London, which costs only 1,456 GBP per month. While there are opposite extremes in the Chelsea region, which has the starting costs from 2,244 GBP per month. Another major unavoidable cost, which almost remains the same, but is also mandatory is the Renter’s Insurance fee, every month, whose costs range between 6 GBP and 15GBP.

Cost of living in London for students

London has become an educational and career hub among students from across the globe. The existence of best and high standard universities, along with the increased scope for student jobs and career opportunities, London and the UK still remains to be a dream work-study destination.

Thus while considering the cost of living of students the below are to be considered:

Students get to choose and stay with their own independence, even rent a whole room or apartment based on one’s own convenience and budget.

Scholarship is the one which comes to help, when considering the huge fee, which would have otherwise have to be paid, thus leading to only financial burden.

Based on the recent estimates, students at London, will have to set aside at least £1,250 on a monthly basis exclusively for living expenses alone, London being the center of attraction for entertainment, fun and party, which occupy a reasonable amount in the life of a student abroad.

Cost of Living in London

The cost of living in different parts of London is detailed below, which would thus act as a brief that could help you figure out a perfect stay!

Being in the list of most active centers in the entire city, the Cost of Living in North West London is expensive when compared to the rest, also highly variable, thus putting forward a good estimate does not deem fit.

The range of cost, while living at this location would be reasonable and not so expensive, when compared to the rest, and is thus recommended if one can find a good spot.

The cost of living in this South East London region would be almost average and lie between the costs incurred the East and South London, as it comprises the regions from both ends. Better research and network connections can help you find the perfect space at a perfect price.

When including the cost of rent, as a major expense when considering the Cost of Living in South London, it would amount from £450 – £600 for a single bedroom and £450 – £800 in case of a double bedroom requirement. The other costs would be more or less similar when compared to the whole of London.

£280 – £500 when looking out for a single bedroom flat. In the case of a double bedroom, the cost of rent which would indeed add to the cost of living would be somewhere between £350 – £650, although the estimates are subject to changes in the due course of time and demand, based on arising trends.

Cost of Groceries in London

As previously mentioned, the cost of Groceries is a mandatory expense when it comes to estimating the cost of living. These are indeed the major indicators of the high cost of living in London in general. Also, these cannot be estimated accurately, as an individual’s cost on groceries would be dependent upon the consumption habit and lifestyle.

Dining out at London city, although might seem like a wonderful experience, would on the other hand end up adding to the costs, like in any other major city. The cost of basic necessities which form a part of daily food are:

Cost of Transport in London 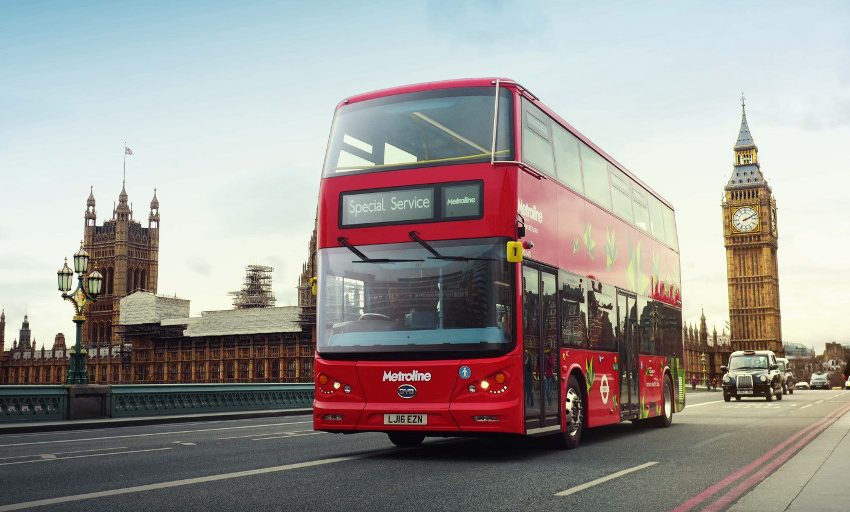 One’s cost of transportation would vary based on the different options available and the one which an individual chooses. There are public transports, renting a vehicle, or even owning one option, the costs for each would thus be based accordingly.

When it comes to the most used mode of transportation, by the people who are new to London, the Oyster Card or other bank cards makes it possible, the two having their benefits and drawbacks.

The Total Cost of Living in London per Month

Talking about the rent in detail, it would be better when comparing the costs of rent for a single room for an individual living in London, also for a home with two to three bedrooms, which would be more than enough for a family living in London.

An approximate rounded sum for rent, which forms as a part of the cost of living in London are:

The category of bills would include the major utilities which would form part of a household, living in London, such as Gas, Electricity, Water, and the Internet.

Water services are offered by the major provider serving the city of London, namely Thames Water. It can be availed by signing up through their official website itself, thus making living in London.

An average for the other three basic bills would be an estimate of £160.

Groceries, as mentioned previously, the costs per kg and in liters are provided in detail. The rate itself signifies how the cost of groceries is an indicator of how expensive grocery shopping would be, in the huge Capital City- London, which adds to the cost of living.

Transportation charges too, as previously mentioned, would be dependent upon the mode an individual uses. There are high-end and premium modes, while there are affordable and eco-friendly modes as well, thus it is highly subjective.

Entertainment costs too would vary from person to person. But for a person who loves the fun life in London, the Cafes, the Pubs, and Bars will have to keep aside a good amount. But on the other hand, if one would love to spend evenings and weekends at a beautiful park or by the river, it can be done budget-friendly.

Build to Rent – What is it and how will it affect flat renting in London? 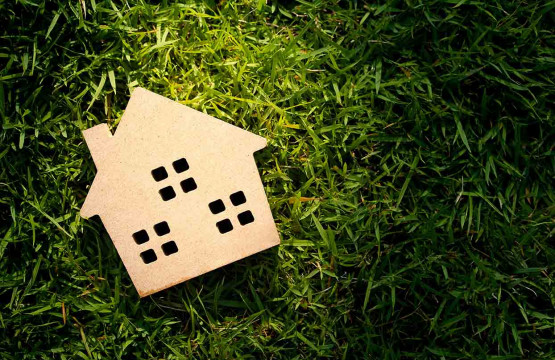 Why Letting Agents Charge Fees, And How New Wave Online Agents Are Cheaper And Better 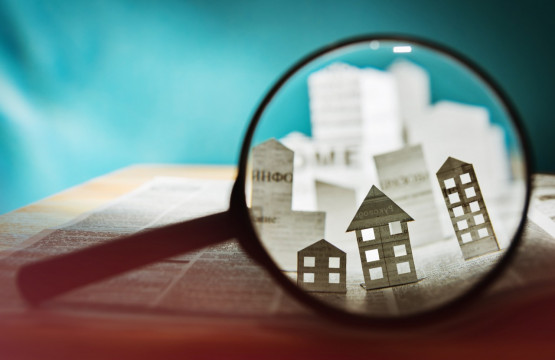 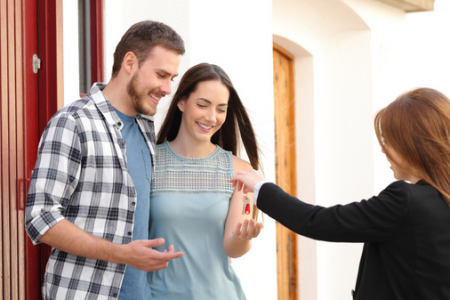 Renting For The First Time Guide For Tenants 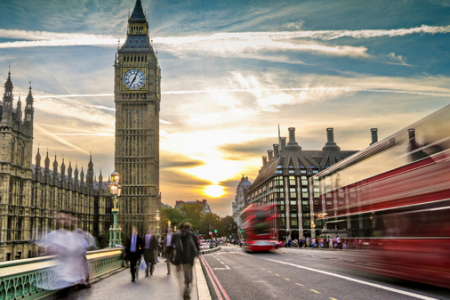 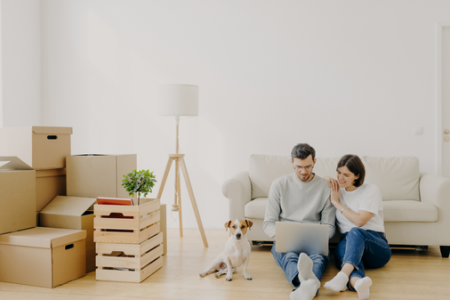