Facts about the Chinese New Year

The Chinese New Year is coming up, and many people around the world are planning trips to China or lunar new year celebrations at home. Many people will be curious about how they celebrate it in China, and what the Chinese new year traditions surrounding this public holiday.

The Chinese new year is celebrated annually and marks the start of a new lunar calendar for Chinese culture. It is a long holiday, with celebrations going on for weeks, and the festivities reach a climax on Chinese new year’s eve. Traditions include wearing special clothing, giving lucky money to children, and red pocket envelopes to adults with money inside as a gift. A traditional Chinese new year’s eve dinner would be dumplings or noodles.

In China, most people will return to their family homes to celebrate the Chinese new year festival with their parents. They also visit the graves of any relatives that have passed away and burn fake money for them so they can use it in heaven.

The Chinese zodiac is a cycle of twelve years represented by twelve different animals: rat, ox, tiger, rabbit, dragon, snake, horse, goat, monkey, rooster, dog, and pig. Each year is related to a certain Chinese new year animal in the Chinese zodiac signs cycle and takes part in a race to reach the Jade Emperor. People born in the year of that animal share some traits with it. It’s also common to give children names that relate to their Chinese zodiac sign.

Every Chinese new year is represented by a zodiac animal sign and is named after it. Each year in the Chinese calendar also has an element: fire, earth, metal, water or wood.

This celebration is meant to be a fresh start for everyone, so it is celebrated all over the world. Many universities have lantern festivals and also hold fireworks and lantern events.

The Chinese new year is a time to celebrate and reflect on the past, so it is celebrated with good food, new clothing, and spending time with family. It is always a good idea to learn about other cultures.

When is Chinese New Year celebrated in London?

Mark your calendar! Chinese New Year 2023 is set to kick off on Sunday, January 22nd, and will mark the year of the Rabbit. During this public holiday, Chinese citizens can look forward to seven days away from work starting from January 21st through 27th of that same year.

However, the Year of the Tiger will be ushered in with less fanfare than anticipated. The annual event, which would have been the region’s largest outside Asia, has been canceled for the second consecutive year.

Typically, the main parade begins in Charing Cross Road and meanders through Shaftesbury Avenue before culminating with a lion eye-dotting ceremony and stage performances in Trafalgar Square. There will be a small-scale lion dance and a night market with pre-recorded performances on video screens in Newport Place in Chinatown instead.

Don’t worry if the usual spectacle of costumed parades and stage shows isn’t taking place, though, because there’s still plenty to do.

The Chinese Zodiac animal of 2023 is the Rabbit, ushering in a year of luck and good fortune!

Rabbits are creative problem-solvers and are known for their diplomacy. They prefer peaceful solutions over confrontation whenever possible. This year will be a great time to focus on self-care and relaxation, as well as creative and artistic pursuits.

The Water Rabbit is a sign associated with healing, comfort, and hope. During this year of the Rabbit, it’s time to focus on your own well-being—physical, mental, and spiritual—as well as that of your friends and family. This is also a great time to pursue long-term goals and dreams, as the Rabbit’s energy is more focused on the future than on immediate results.

The Year of the Rabbit will be a time for interpersonal understanding, reflection, and growth. With luck on your side, take advantage of this year to form new connections, make progress toward personal objectives, and focus on self-cultivation. Good luck!

Where in London you can celebrate Chinese New Year 2023

London is the perfect place to celebrate the Chinese New Year in 2023. With a rich and vibrant Chinese culture, there are numerous events and activities taking place throughout the capital.

Witness the spectacular Chinese New Year parade with over 50 teams and vibrant floats! This annual event, held in Charing Cross Road and Shaftesbury Avenue in Chinatown, is Europe’s largest gathering of Chinese lions and dragons.

The parade begins at 10 am and is sure to be a memorable and captivating experience.

Trafalgar Square is the perfect place to experience Chinese culture and festivities! Begin your experience with a traditional Thanksgiving ceremony, followed by firecrackers, speeches, and the Lions’ Eye-Dotting Ceremony. You can then see the amazing dragon and flying lion dances and stage performances, including Chinese dance and music, martial arts, and Chinese pop hits.

There will also be a variety of delicious street food dishes from Far East stalls. Don’t forget to stop by the National Gallery off Trafalgar Square to enjoy family activities and costume displays throughout the day.

To end the celebrations, there will be a showstopping techno lion dance and an incredible pyrotechnic display, lighting up the square.

Check out the West End Stages

Celebrate the London Chinese New Year in style by visiting the various exciting activities taking place across the West End.

From up-and-coming British-Chinese artists performing dance, music, and comedy at the talent and community zone on Shaftesbury Avenue, to the family zone in Leicester Square offering cultural activities and family-friendly entertainment, including arts and crafts, calligraphy, Chinese music, and traditional outfit-dressing, there’s something for everyone.

For a truly thrilling experience, be sure to check out the martial arts and cultural zone on Charing Cross Road, where you can witness Shaolin Kung Fu and Wing Chun performances, as well as take part in calligraphy and traditional painting workshops.

Celebrate the Year of the Rooster in style at the National Maritime Museum in Greenwich, as they host a free day of Lunar New Year festivities on Saturday, January 21.

You can join in the fun, with colourful performances, workshops, talks, and tours organised by the Newham Chinese Association, Greenwich Vietnam Women’s Group, and the Association of Chinese Women, Woolwich. Get creative with lantern-making activities, learn the rules of mahjong, and meet the dancing lion – there’s something for everyone!

Don’t miss out on the exciting opportunity to mark the Year of the Rooster in style.

What are the traditions of the Chinese New Year?

Every nation and individual celebrates Lunar New Year a little differently, with its own customs, cuisine, and celebrations. The following are a few of the things you might observe when celebrating this festive occasion.

Chinese new year is also called Spring Festival. Spring is an important time for new beginnings, following Chinese superstitions new Chinese housewives always spend the weeks before the new year giving their houses a thorough cleaning to wash away any ill fortune or bad luck brought in from the preceding year.

In most homes, especially in southern China, a variety of fruits will be set out upon family altars to honor the deities who oversee the coming year. Tangerines symbolize good luck while longans represent longevity since they look like the Chinese characters meaning “long life”.

Other symbolic fruits will most likely include oranges, pomelos, bananas, and tangerines.  Traditional candies are also made to give away as gifts during the first few days of the New Year.

The greeting is a most important part of Chinese New Year celebrations. Family members and friends gather together to celebrate this festival. In order to greet each other, most people will say “Kung Hei Fat Choi”, which means “Congratulations and be prosperous”.

In addition, most homes hang red scrolls on their front doors with the most famous traditional greetings and phrases such as “Kung Hei Fat Choy” and “Lai See” (lottery red packet).

People will greet each other by saying, “Gong Xi Gong Xi!” A Chinese language that means “Good luck and best wishes.

A reunion dinner or a family dinner is usually held on the eve of Chinese New Year’s Eve. It is not mandatory for family members to gather at one place but most prefer to meet up at their own house.

The reunion dinner has some traditions that you need to follow or else chinese people might think that you are not respecting their culture. The head of the family will sit at the main seat, while others including children and guests will be seated according to their seniority. The reunion dinner is normally a veggie meal with all members of the family gathering around one huge table for this meal.

The red envelope (money) is called ya sui qian (压岁钱 /yaa sway chyen/), which means ‘suppressing Sui [the demon]money’. It is a monetary gift that is given during holidays and special occasions in china. The amount should be five times the sum of an individual’s age. For example, you will give 50 RMB to someone who just turned 10 years old.

The red envelope symbolizes a blessing for good fortune and may also include a small amount of money inside. During the Chinese new year celebration, Chinese families give these envelopes to children and unmarried relatives or friends. The older the people are, the more valuable the gift should be. It is because china considers age as a sign of wisdom and experience.

Prior to the new year, Chinese family members will buy new clothing for family members. It is also advisable that you buy clothes for yourself too. It’s to signify a fresh start and people wearing new clothing would be luckier throughout the year.

Visit us in the metaverse: RentLondonFlat at Beyond Meta Expo 2022 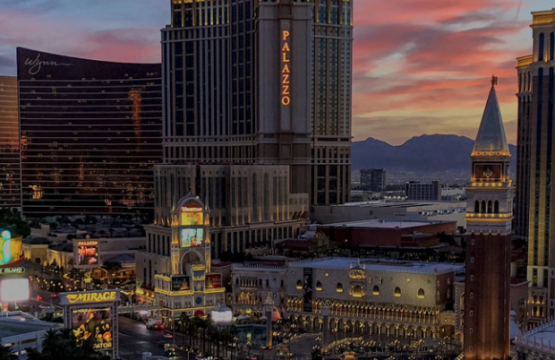 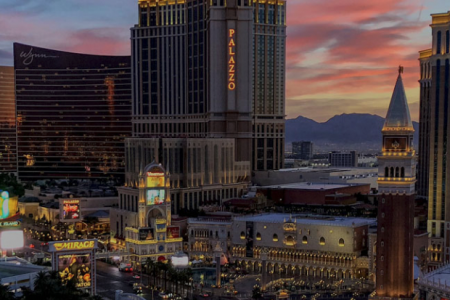 Visit us in the metaverse: RentLondonFlat at Beyond Meta Expo 2022 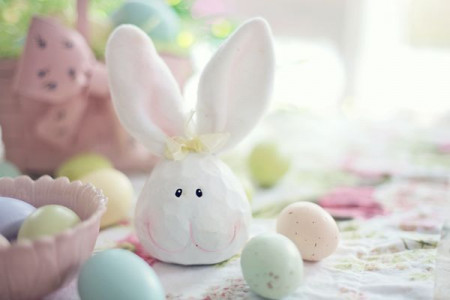 When is Easter 2022? Good Friday, Easter Sunday, and Easter Monday 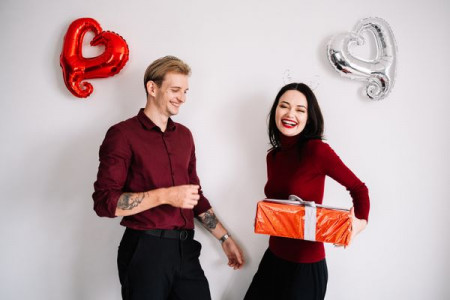 Things To Do On Valentine’s Day In London 2022